Second Phase of Avalon Opening in One Month!

Hey Alpharetta Foodie Fans! First of all, our sincerest apologies for being missing for a while. The Holidays took over, then we had some family birthdays, 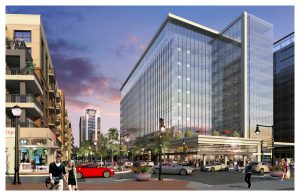 then some vacation, but fear not, we’re back! To kick us off, I want to write about one of the most famous Alpharetta places, Avalon, and some very exciting things we have joining our city soon!

Maybe you have heard by now, but if not, Avalon is opening its Phase II development in just over a month from now on April 13th. What’s joining Avalon you ask? Oh, you know, the usual… 8 new restaurants, 12 new retailers, and a new office building with the main tenant being Microsoft.

Join us as we break down in the next section for what’s coming soon to Avalon!

So, what’s coming soon you ask? Well, I have an answer, so let’s start with the less interesting categories (where I can’t eat things)…

Since our focus here isn’t really on shopping, we’ve provided links to all the stores coming soon but won’t elaborate too much on them. Generally speaking, they all seem to be keeping with the boutique and higher end shopping scene that Avalon has become famous for. Will we be shopping here? Probably not much as boutique means pricey most of the time, but we’ll probably still swing by and check out what the shops have to offer once open anyway.

You know what we don’t mind paying for? Food. And drink. And a lot of food and drink. Speaking of which….coming soon to Avalon, we have…..

So you ask, where will we be first? I’ll probably be at Chic-Fil-A because I see it from my office window and I’m a serious creature of habit. After that? Look for us at Barleygarden and Rumi’s Kitchen. We’ll definitely visit all of them in short order and post reviews as we go along!

What’s restaurant are you most looking forward to? Tell us in the comments below!

This site uses Akismet to reduce spam. Learn how your comment data is processed.